On 15 December 1941, 1001 Jewish children, women and men were deported from Hanover to Riga Ghetto; in bureaucratic terms they were "expelled". Only 69 of the 1001 deportees were still alive in May 1945. This first deportation of Jewish people from Hanover, the largest transport in terms of numbers, was the final consequence of the anti-Semitically motivated exclusion and disenfranchisement of Jews from social and economic life in our city.

The City of Hannover bears responsibility to these people - their fate must not be forgotten! The names of the deportees are incised on the central Holocaust memorial beside the Opera, and numerous "stumbling stones" (Stolpersteine) commemorate them around the city. On the occasion of the 70th and 75th anniversaries of the deportation, exhibitions were shown in the New Town Hall - in the political and social heart of our city. The exhibitions provided comprehensive information about the Riga deportation and its victims and touched people’s hearts – as well as showcasing Jewish life in Hannover today.

On the 80th anniversary of the deportation to Riga, the exhibitions " 'Deported' to Death", "8 Objects - 8 Fates" and "A New Era for Jews in Germany" are presented in three languages on this website, thereby preserving them for the future and making them accessible to all interested parties and descendants of those affected worldwide. As Mayor and CEO of a city that stands for a living culture of remembrance, for cosmopolitanism and tolerance, I am hponoured to launch this website in cooperation with the Jewish Congregation of Hannover.

Hannover will not forget! 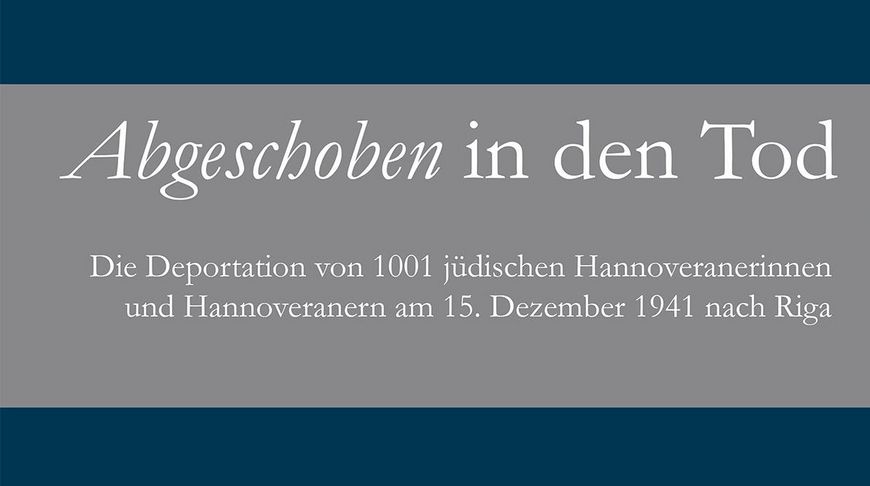 »A New Epoch for Jews in Germany«